«Back to the rest of our squad 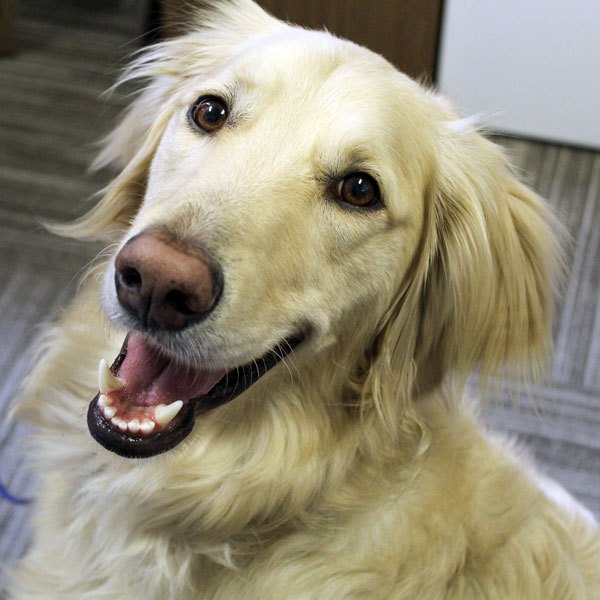 Responsible for chewing on the building’s framework, barking during customer calls…and one time p**ping in the heating vent (sorry, Brent!)

With Interior Solutions since 2017.

Thanks to doggy dna testing, was confirmed a real goldendoodle in 2018, despite suspicions otherwise… we threw a reveal pa-w-ty, of course (below)!

So cute it hurts.

PURPOSE STATEMENT
I only came for the cake.
COWORKER CONCERN

“Riggins is paws-ibly the worst VP we’ve ever had! His go-to-barket strategy involves jumping customers and then kissing them clean. Very inappropriate for the workplace! Plus, he steals all our food. Definite nepuptism in his hire.”

We’ve heard doggos are excellent judges of character, so we put Riggins on blast to confirm what 99 percent of our clients are already saying about us…that we’re the ones to trust! Also, is there anything better than a hip (and humble!) bandana’d pup?!

To score your own doggy bandana, email awallace@interiorsolutions.net, and we’ll get one to you (for free!)! Unisex American flag (as shown on Riggins), tribal print and chair patterns available!